Did you know that the devastation of the 1930’s Dust Bowl catalyzed a focus on improved agricultural practices in America that is still underway today? 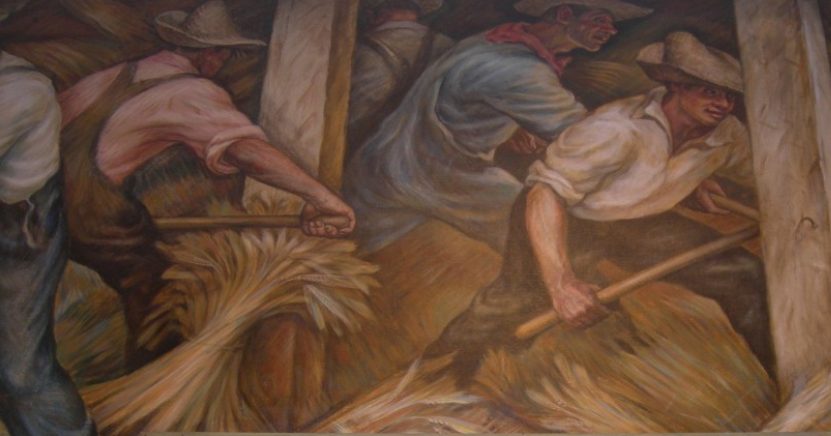 The Dust Bowl is a distant memory, but we read news of terrible and recurring droughts around us–and around the world– every day. While the agricultural, economic and social impacts could still be dire, the next major drought won’t likely cause a second Black Sunday (April 14, 1935). Today’s growers are more adept at using sustainable – and also regenerative agricultural practices—that the market, and the environment itself, is demanding.

So, what is Regenerative Agriculture? It’s a way of farming that incorporates an evolved understanding of the principles of conservation, focused on the productivity and growth potential of the soil. The positive impact of crops such as barley and wheat on soil health is an oft-untold chapter in the wonderful story of soil…and ultimately – beer.

As a rotation crop, barley’s contributions to soil health are abundant. In regions like Delaware or Colorado’s San Luis Valley, planting barley is often a grower’s best option for reclaiming overworked, weedy or eroded fields, or as part of a cover crop mix for improving soil tilth and nutrient cycling.

Proximity Malt sources both SPRING and WINTER local barley in both of its facilities, not only to create supply chain efficiencies, but also to take advantage of barley’s important role as a rotation crop in both Delaware and Colorado and their neighboring states.

Winter barley and wheat varieties are uniquely regenerative crops. We’re especially excited to introduce winter barleys such as Violetta to craft brewers, given their important contributions to healthy, productive soil. Moreover, winter barley’s late sowing/early harvest not only improves the soil, it also allows growers to plant an additional ‘bonus’ crop, such as beans.

As taken from the USDA’s Sustainable Agriculture Research and Education (SARE) –barley’s regenerative benefits can be summarized as below:

Erosion control.  Barley provides exceptional erosion control and weed suppression in semi-arid regions and in light soils. As a winter annual, barley develops a deep, fibrous root system. The roots can reach as deep as 6.5 feet. As a spring cover crop, it can be grown farther north than any other cereal grain, largely because of its short growing period. While spring barley has a comparatively shallow root system, it still holds soil strongly, which minimizes erosion during droughty conditions (71).  Another super-power? Barley also can produce more biomass (the total mass of organisms in a given area or volume) in a shorter time than any other cereal crop (273).

Nutrient recycler.  Barley scavenges significant amounts of nitrogen, making it an important player in the soil ecosystem’s nitrogen cycle (one of the three main ecosystem cycles, along with water and carbon). For example, it captured 32 lb. N/A as a winter cover crop following a stand of fava beans in a California study, compared with 20 lb./A for annual ryegrass.

Weed suppressor. Quick to establish its roots, barley out-competes weeds largely by absorbing soil moisture during its early growing stages. It also shades out weeds and releases allelopathic chemicals that help suppress them.

Tilth-improving organic matter. Barley is a quick source of abundant biomass that, along with its thick root system, can improve soil structure and water infiltration

Pest suppression. The presence of barley can reduce incidence of leaf-hoppers, aphids, army-worms, root-knot nematodes and other pests, a number of studies suggest.

Historically, barley varieties have been chosen for their viability with growers, their compatibility with the malting process, and their performance attributes – both efficiency and sensory – for brewers.  At Proximity Malt, we’ve taken it a step further: with winter varieties that are suitable for malting and brewing, we contribute to healthier fields, a happier grower and a more sustainable world.